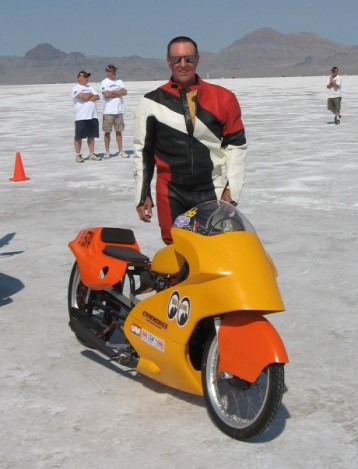 There is a very interesting book entitled “The Nearly Men” by Mike Green. It chronicles the inventors who should be given credit for major inventions, but failed gain recognition for various reasons, including of lack of a credible paper trail, lack of funds to defend their intellectual property, or outright deception. Most of these errors in attribution  would not be possible today due to the ubiquitous environment of instant electronic information. Ray Holt’s story about the invention of the microprocessor has a similar Machiavellian flavor, in that the key information that would have established Ray’s claim as the developer of the first practical microprocessor was withheld from the public for 30 years because of military security reasons.

Ray Holt’s story about the invention of the microprocessor is really only a segment of a much larger story arc that could easily have started as a movie called “Straight Outta Compton”, if it had been filmed in the late 1950’s and early 1960’s.  My connection with Ray began at Dominguez High School in Compton, California, in the late 1950’s. At that time Compton was a very blue-collar, middle-class community. Most families had a working father, a stay at home mother, and several siblings. My family’s house in Compton cost $4000, and was very small by today’s standards, but we really did not know any better, and seemed very fine to us. I got along very well with my parents, and our house was a popular hangout for the neighborhood kids. Large American-made cars provided transportation, vacation freedom, and a visible sign of success.  A two-car family was very unusual. Walking or riding a bicycle was the normal mode of transportation for most students.

My father preached a very strong work ethic, and when I was about 14 he wanted me to find some type of work to do on the weekends. He bought me a gas-powered lawn edger (which was very uncommon at the time), and I edged lawns on the weekends. I charged fifty cents to edge a lawn, and was usually able to make five dollars on a weekend. I was able to pay my dad back the $30 he paid for the edger within a few months, so after that I was in the pure profit stage. Unfortunately, I had hay fever, and after a long day of edging I was dirty, sneezing, and my eyes watered quite badly. Like Ray’s job of watering garbage, I knew that this is not what I wanted to be doing later in life!

I met Ray when we were on the Dominguez High School wrestling team together. Most of our classmates could not wait to graduate and go straight into working as an automobile mechanic, barber, construction worker, plumber, welder, or assembly line worker at an aircraft plant. North American Aviation, Douglas, Hughes, and Northrop had nearby plants that were in full “Cold War” production operation. Both Ray and I had plans to go to college, which was a minority view in Compton at the time. There was one particular class at Dominguez that had a big impact on my career. In my senior year Dominguez offered a drafting class, taught by a Hughes Aircraft employee. The summer after graduation, I was able to get a job at North American Aviation as a draftsman because I had taken this class. This was my introduction to a 50-year career in Aerospace!

My grades were good enough for a State College, but for financial reasons, it was only feasible to live at home and commute to school. Long Beach State College (now know at California State University, Long Beach) was the closest campus, and was quite beautiful, with plenty of green open space (most of which is now covered with buildings!). I really wanted to be a car designer, so I signed up for the Industrial Design degree.  Ray’s college journey turned out to be much more desultory than mine. Ray and I both graduated from Dominguez in 1962, and the epithet of “Compton” changed soon after. The Watts Riots in the summer of 1965 spilled over into Compton, and the very nature of the city was rapidly changed. I remember telling people in college I was from Compton, and they asked what gang I was in!

Ray went from a disappointing stint at the local Compton Junior College to the University of Idaho (U of I) in Moscow, Idaho. As an interesting part of the story arc, I now live in Coeur d’Alene, Idaho, and U of I is considered a local university.  Ray’s intent was to study Forestry (a great thing to do in north Idaho!). A class in the physics of electricity changed his personal compass heading yet again! Ray decided that working with electrons was really in his future, and moved back to California and attended Cal Poly (California Polytechnic University) in Pomona. When Ray graduated in 1968, he took a job at Garrett AiResearch in California.

After college graduation in 1967, I accepted a position in Advanced Design at North American Aviation in El Segundo, California. One of the first projects I worked in  was the FX, which was a new fighter design for the U.S. Air Force. At the same time, Ray was working at Garrett AiResearch on the microprocessor for Grumman entry for the U.S. Navy VFX program. In July 1968, the Naval Air Systems Command (NAVAIR) issued a request for proposals (RFP) for the Naval Fighter Experimental (VFX) program. VFX called for a tandem-seat, twin-engined air-to-air fighter with a maximum speed of Mach 2.2. In the tandem seat arrangement, the pilot was in the front seat, and the RIO (Radar Intercept Officer) was in the back seat. The RIO tracked targets on the radar, and as many as 24 targets could be tracked simultaneously, and six could actually be engaged with air-to-air missiles at one time.

Grumman was selected as the winner of the VFX program in January of 1969, and the aircraft was designated the F-14, which became the star of the movie “Top Gun”. The F-14 wing sweep could be varied between 20° and 68° in flight, and was automatically controlled by the Central Air Data Computer (CADC, Ray’s microprocessor), which maintained the wing sweep at the optimum lift-to-drag ratio as the Mach number and angle-of-attack changed. The CADC also controlled the slats (control surfaces on the front of the wing) and flaps (control surfaces on the back of the wing) for take-off, landing, and during combat maneuvering. This was a huge advantage for the Grumman design, as the pilot could not do this on his own, and was a key to the win. The F-14 went through several upgrades to the engines and avionics, and even mission priorities. The F-14 had its first flight in 1970, and was finally retired by the Navy in 2006, having a long and successful career. This was the first chapter in Ray’s quest to be recognized as the inventor of the microprocessor. When the F-14 CADC project was declassified in 1998, Ray was finally able to stake his claim to being the inventor, and even made it into the Wall Street Journal.

Fast-forward a half century to complete the story arc. Dominguez High School was hosting the 50-year anniversary reunion for the class of 1962. I had missed the class reunions for the last 20 years, mostly because I race land speed records at the Bonneville Salt Flats every August at the same time the reunions occurred.

Darold at Bonneville Salt Flats in 2012 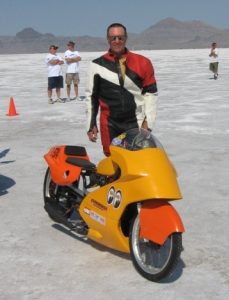 I received the usual flyer about the reunion, and decided to contact 1962 classmate Barbara Beacon about information on Ray, as he was the one person, I really would have enjoyed seeing at the 50-year Reunion. Barbara made the connection, and Ray contacted me and described his new life in rural Mississippi helping low-income children learn about engineering, math, and robotics. Ray yet again in a whole new setting! I had retired from Boeing as a Technical Fellow eight years earlier, moved to north Idaho, and was consulting for various aerospace companies and government agencies, and also presenting Creativity Workshops to universities around the United States. So here we were, both approaching 70 years of age, but actively pursuing activities in very technical areas. Obviously “retirement” did not appeal to either one of us!

Ray and I connected a few years later in Dallas, Texas. I was notified by the American Institute of Aeronautics and Astronautics (AIAA) that I was being awarded the 2015 AIAA Aircraft Design award certificate and medal at the AIAA Aviation Conference in Dallas, Texas, in June of that year. The inscription is shown below:

This was a very high honor for me, and Ray told me he would like to come and see the presentation. Ray came to the ceremony, and was gracious enough to post a You Tube video of the presentation. At this point, it was the first time I had seen Ray in 53 years! Ray showed me all his documentation on the development of the F-14 microprocessor, which was extremely fascinating, since I was in the aircraft design business when the F-14 was introduced. I gave him an overview of the projects I was working on, and the Creativity Workshops that I presenting to universities. Ray wanted to know if I could come to Mississippi and present my Creativity Workshop to a variety of groups, including high school students, college students, and teachers. I was delighted to again be part of Ray’s life, and I made my first presentation in Mississippi in 2017. The Workshop was very successful, and I was truly inspired by the enthusiasm Ray had instilled in both the students and the teachers. The 55-year story arc was complete!

Link to this page

Link to this page
Copy the code below to your web site.
x
Get LinkToThisPage from the Creative Real Estate Investing Guide.
Share
0

Ray at Pensacola Naval Base Air Museum. F-14 #5 on display. 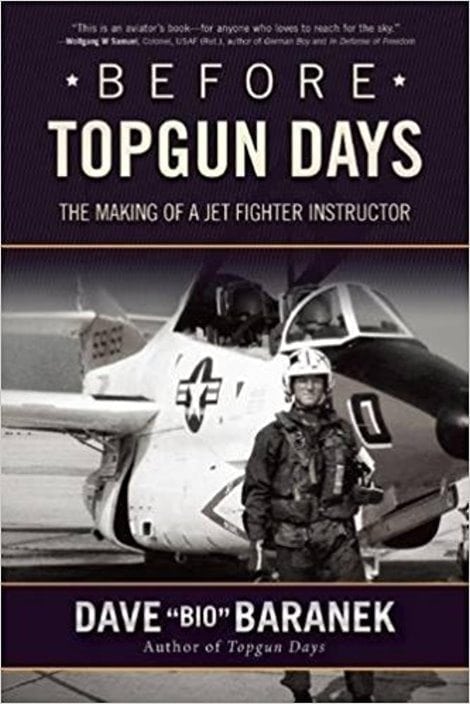